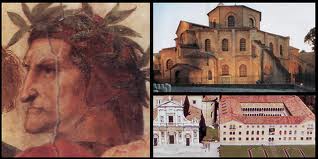 Places to visit in Ravenna

Visiting the city of Ravenna is like traveling back in time:
In fact, there are countless monuments and sights that make this city unique in the world.Ravenna is famous worldwide for the beauty of its mosaics, which testify to the greatness of the Byzantine masters that crafted them.Among the many monuments of Ravenna, many of which are included in the UNESCO list of World Heritage, it is worth mentioning: the Mausoleum of Galla Placidia, built in the fifth century AD to house the emperor Honorius sister after his death, it houses the oldest mosaic cycle in the the city, famous for the bright starry sky; the Basilica of St. Vitale, a beautiful building with an octagonal layout built in the sixth century AD, in which we can admire the famous mosaic panels showing the Emperor Justinian and Empress Theodora, who are depicted richly dressed in luxurious clothes and jewels; the Basilica of St Apollinare Nuovo, which was built in the sixth century AD by Emperor Theodoric, and is characterized by a typical bell tower and the rich mosaic decoration, which unfolds to the entire length of the nave and the apse (these are the largest mosaic cycle known so far), which are thus flooded with light and color; the Mausoleum of Theodoric, characterized by the particular shape of the dome, which, as confirmed by careful studies is realized with a single, very heavy block of Istrian stone; the Battistero Neoniano, which is among the oldest monuments in the city,and is best known for the wonderful mosaic of the dome, built at the behest of the bishop Neon (who gives the name to the baptistery). Among the other monuments in Ravenna remember to visit the Archbishop’s Chapel, the Tomb of Dante, the Basilica of St Apollinare in Classe, the many museums that house many important works of art , such as the National Museum, The Art Museum of Ravenna and the Mueseum Arcivescovile. Close to Ravenna there is also the Mirabilandia amusement park, among the largest and best equipped in Europe. 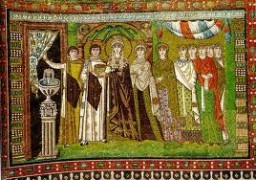 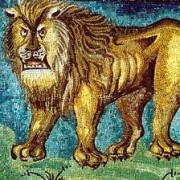 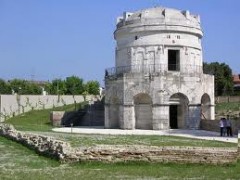 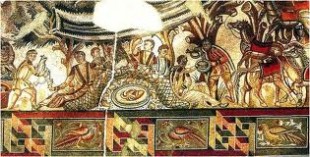